Delhi tops list for fatal road accidents: "New Delhi: Delhi tops the list among cities in the country in terms of fatal road accidents with five people - four of whom are pedestrians and two-wheeler riders -- losing their lives every day, a report by Centre for Science and Environment (CSE) revealed today.

The report pointed out that road accidents in the national capital had so far claimed 325 lives during the night and 332 lives in the day time from January 1 to May 31 this year. "
at 12:18 AM No comments:

Buses meant for free transport to girls rusting away

Prices should not affect transport choices

The Hindu: "Almost every metro rail project in the country has overshot the projected cost. Companies often tend to underestimate the cost and inflate user-figures to convince funding agencies that travel by metro rail would be relatively inexpensive. Later, they complain of cost overruns and demand higher allocations. Ticket prices are then raised and the travelling public bears the burden of such poor planning. Fares should be affordable, particularly to the large number of lower-income group users, and should factor in the less visible benefits that accrue from the service. Increasing the use of public transport relieves road congestion, reduces pollution and cuts fuel consumption. Realising this, cities such as Tallinn, the capital of Estonia, have made public travel free for its citizens. Even if Mumbai and other Indian cities do not want to take such a radical route, and decide periodically to review fares, the process should be transparent and fair — more so when the private sector operates public transport. Striving to balance subsidy and revenue is understandable, but high prices should not affect transport choices. Alternative financing options must be explored. Many countries have mobilised funds by imposing additional charges for using private cars, which pollute more and occupy road space disproportionately. The urban future lies in promoting good public transport, and its success depends on fair pricing and quality service."
at 1:30 AM No comments:

Karachi, Pakistan. For this we fight and die in energy wars? 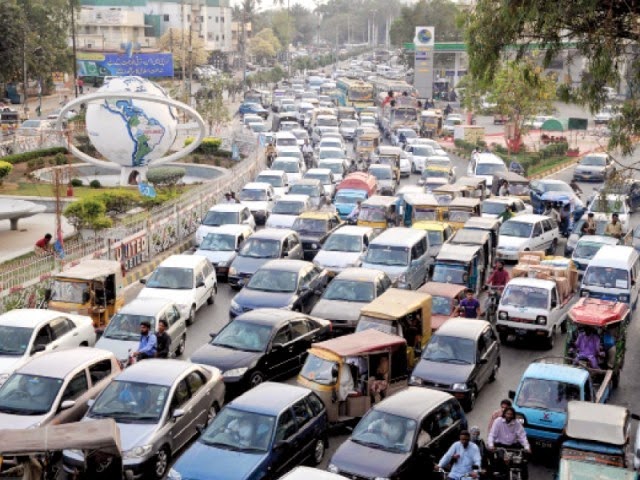 The Express Tribune: "KARACHI:
Rapid population growth and the failure of planning and implementation agencies in Karachi to adequately develop and manage the requisite urban infrastructure has had many adverse consequences for the city.
Perhaps the most visible manifestation of an on-going urban governance crisis is to be found in the transportation sector. Karachi, a city of 18 million people, has yet to be provided with a decent, state-of-the-art and viable urban mass transit system."
at 2:18 PM No comments: