Money for clean air, but not being used

The Times of India: "If the money had been put into public transport, at least a few hundred much-needed buses would have been plying in the city by now. Alternatively, about 20 km of integrated road with pedestrian walkway and cycle tracks could have been built, considering that each km of integrated road costs about Rs 10 to 12 crore, according to experts. "
at 5:34 AM No comments:

Breathing poison in the world's most polluted city, Delhi

BBC News: "Our reading for these minute, carcinogenic particles, which penetrate the lungs, entering straight into the blood stream - is a staggering 215 - 21 times recommended limits. And that's better than it's been all winter.
Until a few weeks ago, PM 2.5 levels rarely dipped below 300, which some here have described as an "air-pocalypse".
Like the rest of the world, those of us in Delhi believed for years that Beijing was the world's most polluted city.
But last May, the World Health Organization announced that our own air is nearly twice as toxic."
at 4:43 PM No comments: 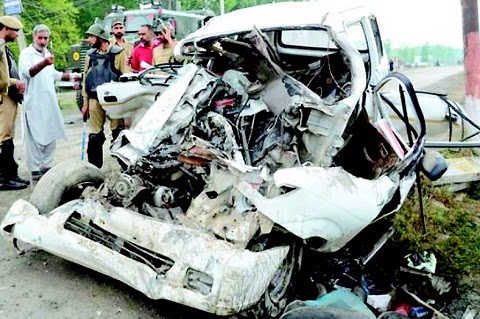