Towards an efficient society

dailytimes: "An efficient transport system, which facilitates timely movement of thousands of people to their work places in a hassle fee, smooth and honourable manner can rightly be considered as the backbone of the economy of a nation. No mega city of the world can expand, flourish, prosper and sustain without a suitable transport system."
at 3:37 AM No comments:

For people, not cars 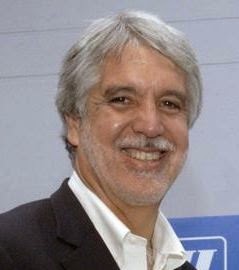 Enrique Penalosa photo by v ganesan
For people, not cars | Business Line: "A typical politician will want gasoline to be cheaper but we need more taxes on gas. "
at 3:35 AM No comments:

Experts call for common vision to integrate public transport - The Hindu: "Etienne Lhomet, Codatu’s independent consultant, said other commuting modes must modernise, with the metro rail remaining the back bone of the integrated transport system. Traffic planning and management, and the upkeep of public spaces in Kochi too must improve to yield desired results, he said. “A city can be changed for good based on changes in mobility pattern. Urban culture and civic sense among people too will improve with the arrival of modern, commuter-friendly transporting modes,” he said.

He called for allotting more funds for Kochi’s water transport, which needs to be modernised. “The government can collect funds by levying more tax and fees on private vehicles, especially cars,” Mr. Lhomet said.

Their teammate Laura spoke of how French cities like Paris, Lyon and Bordeaux recently promoted the cause of public transport by ferrying people for free for three days, following an increase in levels of air pollution in those cities."
at 6:24 PM No comments:

Facing Rising Seas, Bangladesh Confronts the Consequences of Climate Change - NYTimes.com: "Such a rise will be uneven because of gravitational effects and human intervention, so predicting its outcome in any one place is difficult. But island nations like the Maldives, Kiribati and Fiji may lose much of their land area, and millions of Bangladeshis will be displaced."
at 6:16 PM No comments:

Cars move only 7% of commuters, but use much more than that in space, time, and money

Hindustan Times: "Mumbai was the mega city in the world with the highest proportion of people using public transport — trains and buses — around 87%. But that has dropped to some 82% because there has been no investment in these modes, while thousands of crores have been spent on sea links, coastal highways and flyovers, all of which cater only to the 7% using cars to commute.

The Mumbai Environment Social Network (MESN), which is a key public transit advocate, countered the familiar excuse that there is “not enough space for cars and buses” by noting that a bus can run for 16 hours and carry 1,000 persons in a day (parking for eight hours); a car runs for two hours, makes about four person trips per day (and is parked for 22 hours). Fewer people have been using the city’s once-iconic BEST buses because of the congestion on the roads, caused by the burgeoning number of cars."
at 3:10 AM No comments:

Road to urban future - The Hindu: "They imposed restrictions on the use of cars, permitting vehicles with odd and even number plates to ply only on alternate dates and encouraging shared use of cars. People were allowed to use buses, Metro rail and other public transport, besides shared bicycles, free of charge during weekends. The reasoning was that restrictions and incentives would encourage commuters to shift to public transport, thus reducing pollution. Initial reports indicated that these measures worked, and congestion had come down by 60 per cent. "
at 1:17 AM No comments:

Free Press Journal: "Jatar added that the construction of flyovers should not be done as the public would not get space to drive and ultimately they would choose public transport system. He said that the construction of flyover doesn’t solve the problem of increasing traffic and the pollution caused by them instead it adds to the problem by providing space for all the vehicles.

Could Chennai become India’s model green city? | GulfNews.com: "Inadequate public systems force millions of daily commuters in cities like Chennai — commercial capital of south India — to inch for room in overcrowded buses and trains. Chennai’s busses carry 30 per cent more passengers every day than the international average. More and more affluent commuters abandon the system and take to their own vehicles. Tamil Nadu, Chennai’s home state, has seen a 95 per cent increase in car ownership in the past decade. Short-sighted solutions tend to focus on bridges, flyovers and roads to ease congestion. The trend disproportionately impacts the health and safety of the poor who primarily walk or use public transport. A study in Mumbai found that overall, 44 per cent of the city walks to work, though among the poor, that number jumps to 63 per cent. Still, the ever-expanding number of cars has brought major complications beyond traffic jams: extremely poor air quality and a spike in road accidents has put vulnerable communities those who often live and work on the roadsides at greatest risk."

Kashmir Times: "Cars are the most inefficient, expensive and polluting mode of road transport ever invented. In India, their ownership is under 10 for every 1,000 people. Yet they occupy the lion's share (75 percent) of road space but meet only about 5 percent of the travel demand. Buses, by contrast, occupy 5-7 percent of space but deliver 45-60 percent of commuter trips.

This is unacceptably iniquitous. But the government refuses to recover the full cost of ownership and use of cars. The cost of the land on which roads and flyovers are built, and the expense of their construction and maintenance, add up to several thousands of rupees per square metre. But car owners get to use them virtually for free. "
at 10:51 AM No comments:

Cars in India meet 5% of travel demand, occupy 75% of the roads

Hitting The Poor, Pampering The Rich - Kashmir Times: "Cars are the most inefficient, expensive and polluting mode of road transport ever invented. In India, their ownership is under 10 for every 1,000 people. Yet they occupy the lion's share (75 percent) of road space but meet only about 5 percent of the travel demand. Buses, by contrast, occupy 5-7 percent of space but deliver 45-60 percent of commuter trips. "
at 12:04 PM No comments: